We draw the attention of existing clients to the relevant mailers sent with further details and information.

To determine the direction of a particular country’s economy, traders use a variety of data, including gross domestic product, employment, growth, import, export, depth and other factors, which can be collectively referred to as fundamentals.

Like any other financial market, the Foreign Exchange market is affected by changes in supply and demand. For instance, when there is a greater demand for dollars, dollar increases its value in the market.

The interest rate that the central bank of a particular country charges is an influential factor for the value of a given currency.

For instance, if the Federal Reserve of the United States raises interest rates, then the value of the US dollar will go up, causing the EUR/USD to drop.

If the European Central Bank (the Fed’s counterpart in the European Union) raise their interest rates, the value of the Euro will go up, causing the EUR/USD to rise.

In the Foreign Exchange market, currencies are traded in pairs. One currency pair either rises or drops in comparison to the other. Each currency has a 3-letter abbreviation and the first currency in the pair is the base currency.

The price at any given time shows how much of the base currency is needed to exchange for the secondary currency. For instance, if the Euro rises in value then the EUR/USD price will also rise, as more US dollars will be needed to buy each Euro. 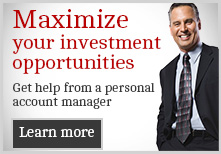 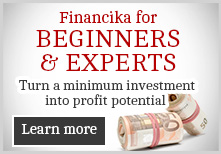 Disclaimer: Please read our Risk Disclaimer before continuing. Online trading involves a risk where substantial or complete loss of funds is possible, therefore it is highly recommended that only risk capital should be used. Any information included in this website does not constitute an offer of services for clients residing in any jurisdictions where such offer is not authorized. The website is owned by Financika (Sharp Trading) Ltd. The group of Financika consists of Cubbon Services Limited a European entity duly registered in Arch. Makariou III, 55 Athiainou, 7600 Larnaca, Cyprus with registration number 219627 operating the website in conjunction and International entity Financika (Sharp Trading) Ltd registered in Law Partners House, Kumul Highway, Port Vila, Vanuatu and licensed by the Vanuatu Financial Services Authority with license number 12898.

Payments related to Paysafe will be executed by Financika (Sharp Trading) Limited as processing entity.

Unfortunately, we do not offer our services to residents.